According to the Bible, Jesus forgives us for any sin. Yes, including murder. 1 John 1:9 says, “If we confess our sins, He is faithful and righteous to forgive us our sins and to cleanse us from all unrighteousness.” Yes, that includes murderers. Jesus Christ came to redeem us from EVERY lawless deed (see Titus 2:13-14).

In the Old Testament, David slept with Uriah’s wife, Bathsheba, and then had Uriah killed in battle (2 Samuel 11). In 2 Samuel 12:13, God forgave David. The text says, “And David said unto Nathan, I have sinned against the Lord. And Nathan said unto David, The Lord also hath put away thy sin; thou shalt not die.”

The Book of Mormon also teaches that murderers can be forgiven. Alma 24:10 says,

“And I also thank my God, yea, my great God, that he hath granted unto us that we might repent of these things, and also that he hath forgiven us of those our many sins and murders which we have committed, and taken away the guilt from our hearts, through the merits of his Son.” 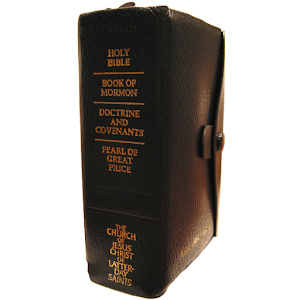 “And it shall come to pass, that if any persons among you shall kill, they shall be delivered up and dealt with according to the laws of the land; For remember, that he hath no forgiveness.”

“And now, behold, I speak unto the church. Thou shalt not kill; and he that kills shall not have forgiveness in this world, nor in the world to come.”

“Remission of sins by baptism was not to be preached to murderers. All the priests of Christendom might pray for a murderer on the scaffold forever, but could not avail so much as a gnat towards their forgiveness. There is no forgiveness for murderers.” (Discourses of the Prophet Joseph Smith, 221)

“The Prophet Joseph Smith underlined the seriousness of the sin of murder for David as for all men, and the fact that there is no forgiveness for it.” (The Miracle of Forgiveness, 128)

These Mormon teachings are deluded, and the case is clear: murderers can be forgiven by the blood of Jesus Christ!

One thought on “Murder: The Unforgivable Sin in Mormonism”