This summer, the Church of Jesus Christ of Latter-day Saints is celebrating their 40-year anniversary of giving blacks the priesthood, as this occurred in 1978. If you read the official LDS Gospel Topic Essay called “Race and the Priesthood,” you get the feeling that the LDS Church today has no clue where racist tendencies in the church came from, and that myths of cursing during the pre-existence are false. Here is the link to this Gospel Topics essay: Here

The LDS Church claims it does not know where the ban on the priesthood really started, as there are many “theories” out there. LDS leaders in the past knew very well what they believed in in regard to this subject, and claimed it was not man’s decision to ban blacks from the priesthood, but God’s decision.

Also, it is a common trend for Mormon apologists to say that so-called “anti-Mormon” writers cherry-pick and pluck out quotes from LDS sources to use toward their confirmation bias. This isn’t true. If it is, then the LDS Church does the same thing, as you’ll see in the snippets from the Ensign Magazine below. The LDS Church is very selective of its quotes, and does not tell all.

To all the non-white LDS members out there, especially those who are either black or African American, how do the following quotes make you feel?

As you read through these, keep in mind that these are coming from official representatives of the LDS Church, and many from an official context. Once you read them, then you’ll know why these “theories” about blacks being cursed from their neutrality in the pre-existence aren’t just myths, but reality in the minds of LDS leaders.

The LDS Church is not the true church. Mormonism is false, and the Lord God would never ever curse someone’s skin color. That would be ridiculous. Mormons, really look at this, and take a look at what this means. You can trust in the God of the Bible, as Christ is the only way.

Take a look at these disturbing quotes from LDS leaders: 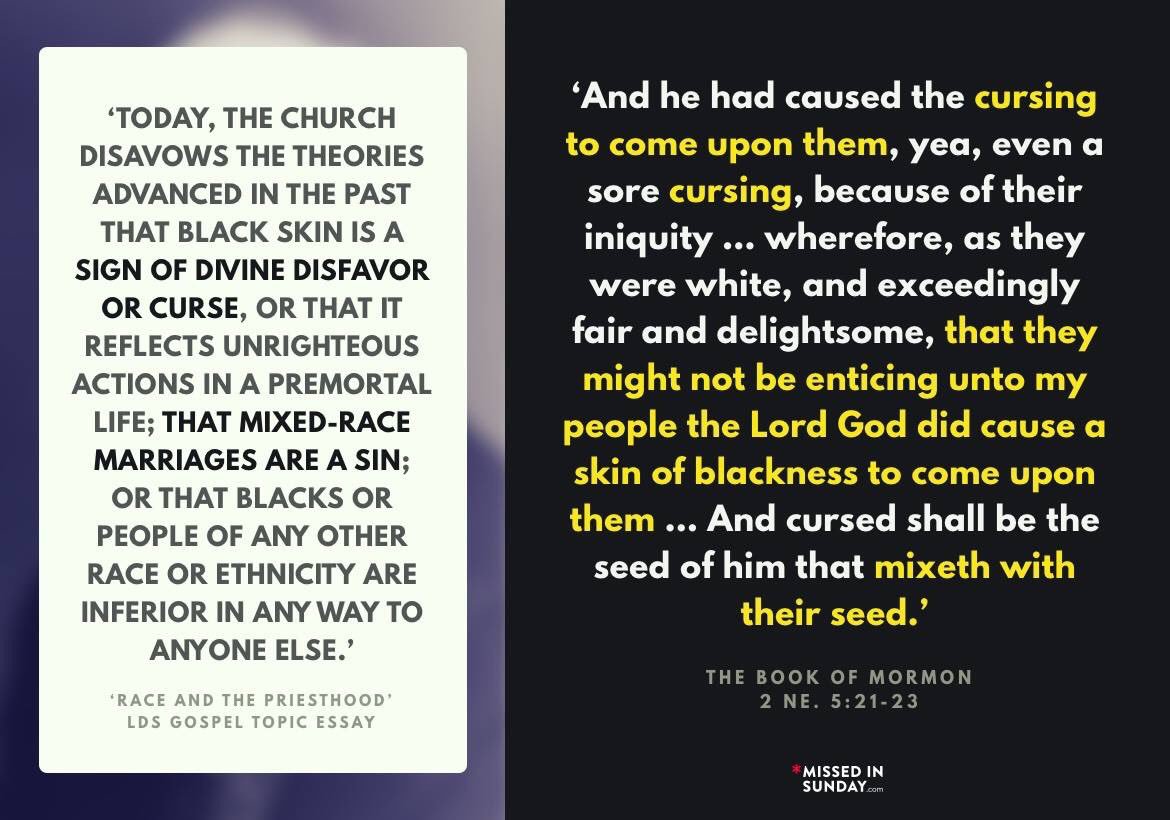