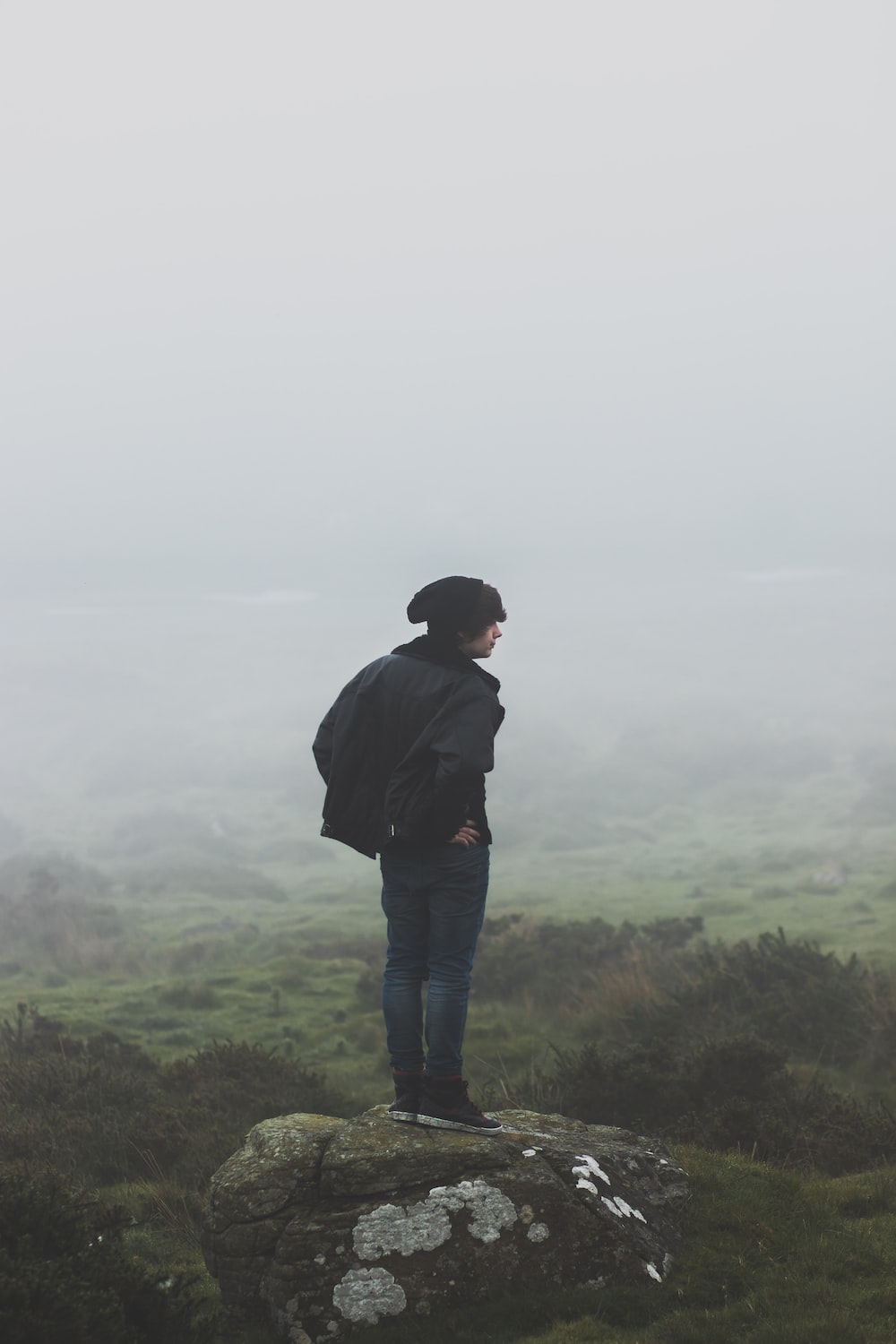 In 1 Kings 18, King Ahab of Israel went to Mount Carmel to meet with the prophet Elijah. King Ahab was a wicked king in Israel, as he followed his wife Jezebel into a dark spiritual decline. Here is what happens next after Ahab and Elijah meet up:

When he [Ahab] saw Elijah, he said to him, “Is that you, you troubler of Israel?”

18 “I have not made trouble for Israel,” Elijah replied. “But you and your father’s family have. You have abandoned the Lord’s commands and have followed the Baals. 19 Now summon the people from all over Israel to meet me on Mount Carmel. And bring the four hundred and fifty prophets of Baal and the four hundred prophets of Asherah, who eat at Jezebel’s table.”

20 So Ahab sent word throughout all Israel and assembled the prophets on Mount Carmel. 21 Elijah went before the people and said, “How long will you waver between two opinions? If the Lord is God, follow him; but if Baal is God, follow him.”

In other words, Ahab and the false prophets were “on the fence”, unwilling to take a side. They were stuck between two opinions.

Sound familiar? The same pattern that occurred in ancient Israel is the exact same thing that is happening among a majority of Christians in the United States. Granted, there are many spirit-filled, born-again Christians who do choose the side of the Bible, yet a lot of Christians are torn when it comes to their faith, social issues, and where they stand.

The Progressive socialist agenda has spread onto Christian campuses, state schools, businesses, mainline denominational churches, and yes, even onto the television sets in Christian homes, including several kids’ shows.

You see, what is really going on is a Socialist agenda that is a quiet revolution within the United States. Marxism is spreading, though not through a loud revolution like Soviet Russia experienced – the way that it has been spreading recently is through Fabian Society tactics. The Fabian Society is a democratic socialist network that started in the UK, and seeks a gradual takeover of cultural institutions rather than the historic revolutionary overthrows that one would see in Cuba, the Soviet Union, North Korea, or Maoist China. Through these subtle “advances”, a mainstream Christian society eventually becomes desensitized over time.

Think about it: the majority opinion on abortion and same-sex marriage has majorly shifted over time, due to the billions of dollars that LGBTQ lobbyists and organizations pour into their agenda. Even conservative states such as Texas, Tennessee, and Alabama were targeted during the Obama administration to purposely move these people into their states in order to sway voting power and influence. Look at a historic Fabian Society symbol:

(The above image is in the public domain, as it was created in 1884)

It is literally a wolf in sheep’s clothing! How odd is that! You’ll note this in scripture where Jesus says: “Beware of false prophets, who come to you in sheep’s clothing but inwardly are ravenous wolves” (Matthew 7:15, ESV). This symbolism is more than just a coincidence. Sadly, many Americans are duped and deceived into buying into the underground cultural revolution that is taking place slowly, but surely, over time.

Even on children’s shows, Campbell’s soup commericals, TIAA insurance commercials, and every show that is out there, isn’t it interesting that a member of the LGBTQ community needs to be on there? Movies and television shows are now rated based on this inclusion.

Think about how much the average Christian watches television during their free time, and what kind of slow-but-steady influence they’re taking in? Many Christians will freely watch Modern Family, Game of Thrones, House of Cards, and many others that are terrible influences on the mindsets of Christians. Over time, self-described Christians are all of a sudden no longer affected by these lifestyles and just have a mentality of “whatever,” or, “You do you, and I’ll do me,” or “to each his own.”

I even know a self-described Christian who was once a minister, then entered a liberal seminary, and now he told me he doesn’t even know if homosexuality is a sin or not. This is dangerous territory.

Ask yourself this question if you are a Christian: What are you exposing yourself to? What voices are you listening to? What do you watch? What friends do you spend time with after work out at a restaurant? What are the conversations like? Are you influencing them or are they influencing you?

You see, many prophets of God compromised with Jezebel when they sat and ate at her table during the famine in the land. They compromised and would rather have food during times of famine while sitting at a radical feminist’s table than rely on God during rough times in the nation. They chose to say nothing, and not speak the truth. And you know what? They did just fine during that time.

Isn’t it interesting that the so-called ‘tolerant’ liberal Left is seemingly tolerant of anyone who agrees with their agenda, but no one else. If you differ in opinion with them on social issues, good luck holding a conversation with them. You look at conservatives who are simply trying to share their opinion of free speech, whether it is Ben Shapiro, Milo Yiannopoulos, or Steven Crowder, and look how the Left reacts: the so-called ‘tolerant’ Left shows up to protest, burn buildings, throw rocks at cars, trolls people on Twitter, shows up with clubs and Antifa gear in order to intimidate them at UC-Berkeley and other campuses. The same side that promotes their mandated ‘diversity’ agenda is the same side that does not tolerate intellectual diversity. There is no thought diversity when it comes to the Progressive agenda.

Take a look at Canada’s C-16 bill that was put forth in legislation last year trying to make it a crime when you “mis-gender” someone or use the wrong pronouns. Now, don’t get me wrong. There are many of these people who are legitimately struggling with transgenderism, gender identity, and various forms of homosexuality. I feel for them, and my heart goes out to them. God loves them and wants them to be free. God can set them free. The danger that I am referring to is the Romans 1 people who have been given over to a reprobate mind and who push the agendas behind the scenes. There is a danger here, and many are deceived by the Human Rights Campaign initiatives.

Christians, it’s time to no longer halt between two opinions. Even popular Christian singer Lauren Daigle is on the fence with this issue. Read the following article by CBN: Click Here!

After Daigle performed on The Ellen Show, she was asked what her thoughts are on the issue. Here was her response, according to the above article:

“I can’t honestly answer on that,” Daigle responded. “In a sense, I have too many people that I love that they are homosexual. I don’t know. I actually had a conversation with someone last night about it. I can’t say one way or the other. I’m not God. So when people ask questions like that…that’s what my go to is.  I just say read the Bible and find out for yourself.  And when you find out let me know, because I’m learning too,” she continued.

Now, either Daigle really doesn’t know for herself, or she’s up against backlash if she refuses to answer according to what she really does know Scripture says. Daigle is halting between two opinions, and I challenge all of you to not do the same thing.

My prayer is that we stand up for the Word of God in the age we live in. Every Christian, at one point in time during their life, will be forced to acknowledge what God says or to give in to what society says.

Society is constantly changing, yet the Word of God does not. Wouldn’t you rather side with the Bible, as God is constant and does not change, or with a culture that constantly changes what the norms are and what is socially acceptable. In a culture that runs rampant in lifestyle fluidity and challenged linguistics, let it be known that God spews the lukewarm out of his mouth (Revelation 3:14-22) and would rather you would be hot or cold!

I pray that you will seek the scriptures for what is true and what is not. Do not be deceived by our pop culture and “hip trends”, for the world will pass away, but the Word of God will never pass away. 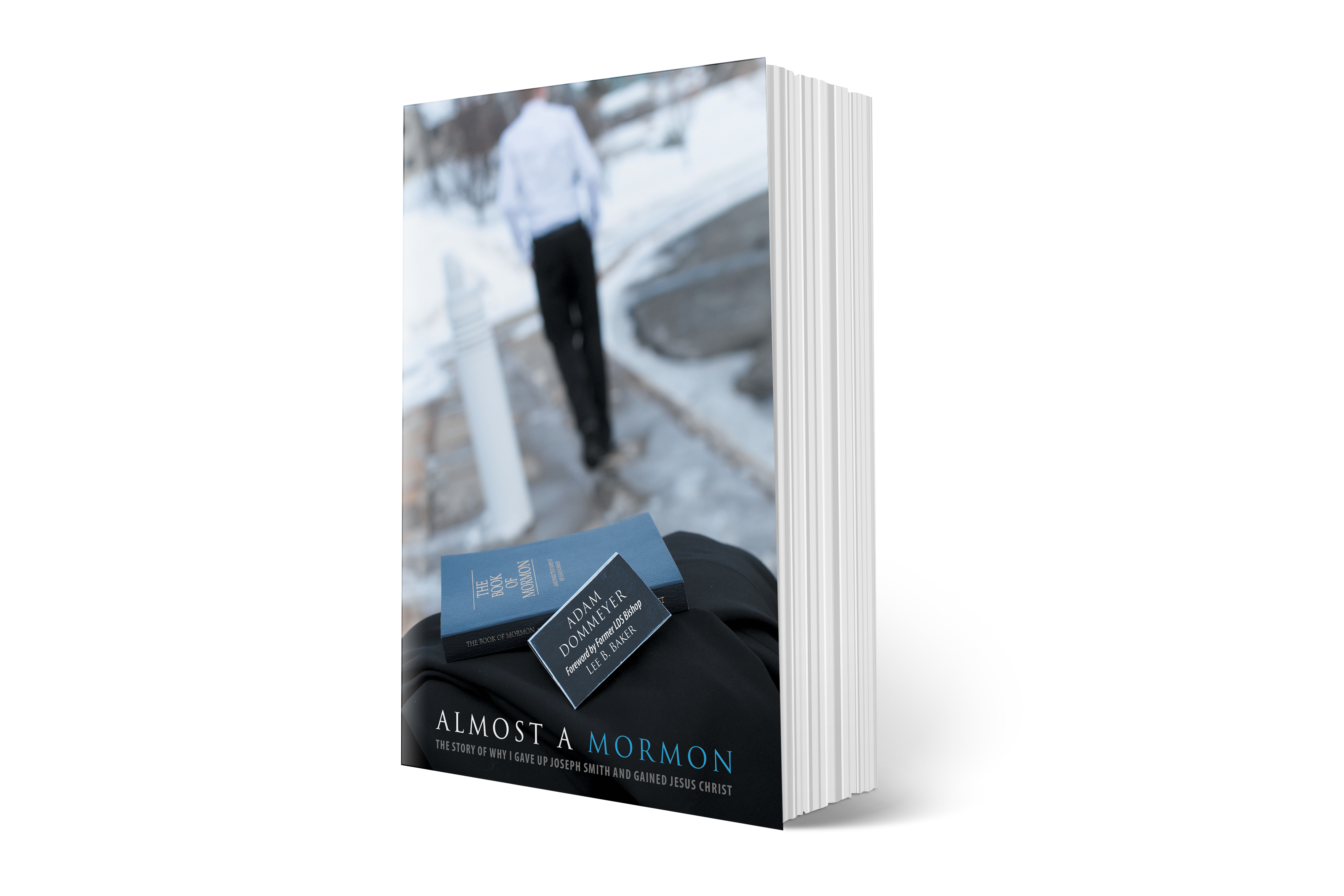