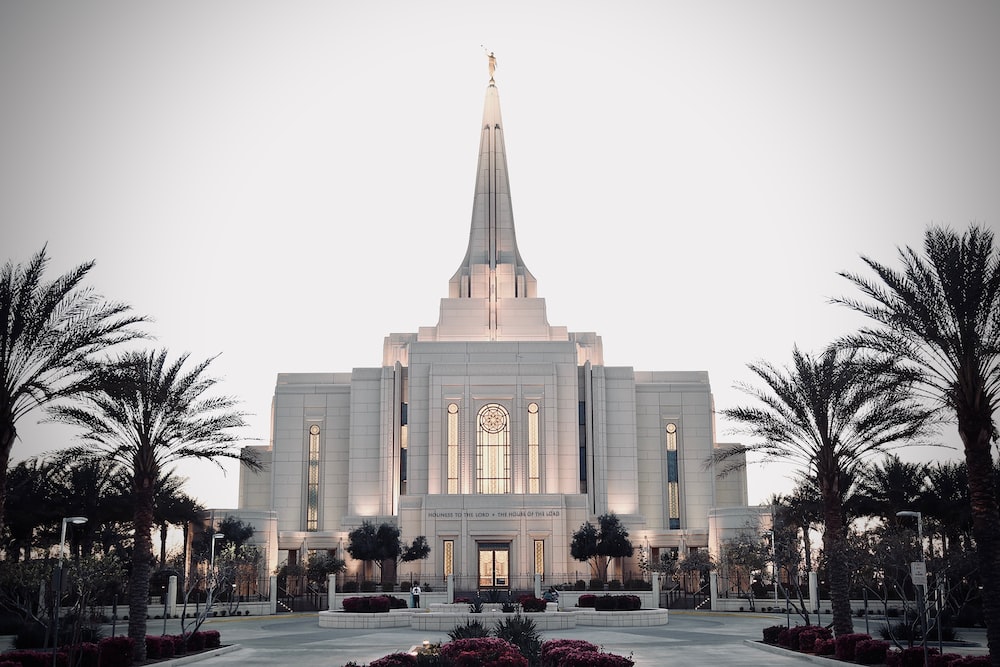 I have heard many theologically liberal Christians criticize my urge to reach Latter-day Saints with the Gospel, as they will say things like, “They’re Christians just like us…” or “There’s no need to do that, you don’t want to offend them…” or even “Mormons believe pretty much the same thing that we do.”

While they are well-meaning, they are misinformed. If I did not have the Truth, I would want someone to let me know. If I bought a vehicle from a dealership, and the salesman talked it up and end up selling it to me, I would not only be purchasing the car, but taking him at his word that the car is what it says it is. Why is it that people look into a home they buy, a car they purchase, insurance they invest in, yet when it comes to religion, tend to be oblivious as to what they’re getting into?

These theologically liberal Christians truly need to do their homework, because Mormonism (The Church of Jesus Christ of Latter-day Saints) is not Christianity. They are not one and the same.

Latter-day Saints, you are being lied to in General Conference. President Russell M. Nelson is not a prophet of God. The Book of Mormon is not another testimony of Jesus Christ, and has no basis in historical fact. Joseph Smith was not sent by God and Jesus. This is blunt and to the point, but the LDS Church does not hold the gospel.

Now, if a person had the Truth and refused to share it with anyone else, it is actually insensitive to not share that Truth with people. We get scared to do it because in today’s society, people have to walk on eggshells all the time when it comes to what they talk about. But not me. As long as I have breath, I will declare the truth of the Gospel of Jesus Christ to Latter-day Saints, and to others who have never heard the pure word of the Lord–the Bible.

If you pass away and do not know the Lord, and stand before God, would you tell Jesus, “But look, no one told me about the Gospel”? Or, would you say, “Yes, so-and-so did tell me, but I refused to listen…”?

Christians in general can often times take for granted the importance of sharing the Gospel with others, not realizing that someone’s eternal salvation is at stake.

I admit it, even though Mormonism is a false religion, it certainly does take bad people and make them into good people. This is why I’m not “anti-Mormon”, as many Mormons think Christians are when they simply disagree with Mormonism. Many Mormons are indeed good people.

However, what does the Bible say about good people? The Apostle Paul is clear in Romans 3:10 (NIV) that “There is no one righteous, not even one…” Meaning, no one is a good person! If we break even one commandment, we break them all. Isaiah says that even our good works are nothing but filthy rags before an all-holy God.

Isaiah 64:6 says, “We are all infected and impure with sin. When we display our righteous deeds, they are nothing but filthy rags. Like autumn leaves, we wither and fall, and our sins sweep us away like the wind. ”

Mormonism does not teach original sin. They teach that the way we can become righteous is by good deeds and self-improvement. This is the opposite of the true gospel of Jesus Christ. The true Gospel recognizes that we are all sinners, and in need of a good God. Christ’s righteousness is thereby imputed unto each of us believers, as Jesus lived a life of good works–a perfect life–in order to die on the Cross to point the way to the Father in Heaven. How amazing is that!

1 Corinthians 1:18 (NIV) says, “For the message of the cross is foolishness to those who are perishing, but to us who are being saved it is the power of God.”

Latter-day Saints do not emphasize the cross. They’ll emphasize an atonement in the Garden of Gethsemane and believe that Christ died on a cross, but the message of the cross is foolishness to them.

The Church of Jesus Christ of Latter-day Saints likes to try and wiggle itself into mainstream Christianity in order to convince Christendom and the world that it is just as Christian as the rest of Christianity is, but it is not.

Their own scripture denies this being possible. Take a look at Doctrine and Covenants 1:30, which says: “And also those to whom these commandments were given, might have power to lay the foundation of this church, and to bring it forth out of obscurity and out of darkness, the only true and living church upon the face of the whole earth, with which I, the Lord, am well pleased, speaking unto the church collectively and not individually—”

This is Joseph Smith supposedly recording God’s words, saying that the LDS Church is the only church that is true and that He is well pleased with. This is canonized, so there’s no room for budging.

If this verse is true, it means that all of Roman Catholicism, Lutheran, Baptist, Presbyterian, non-denominational, Pentecostal, Methodist, and other churches are all wrong. This isn’t the case, because Mormonism isn’t true.

It’s not true because it paints a false gospel of works-righteousness. The true Gospel is focused on Jesus and what He did, whereas Mormonism focuses on man.

To any and all Latter-day Saints reading this, know that I am praying for you to come to the Truth, that the scales of deception would fall from your eyes, and that you may accept Jesus as your Lord and Savior as you enter into a true relationship with Him.

May God bless you and keep you this week.

2 thoughts on “The Core Difference Between Mormonism and Christianity, and Why It Matters”