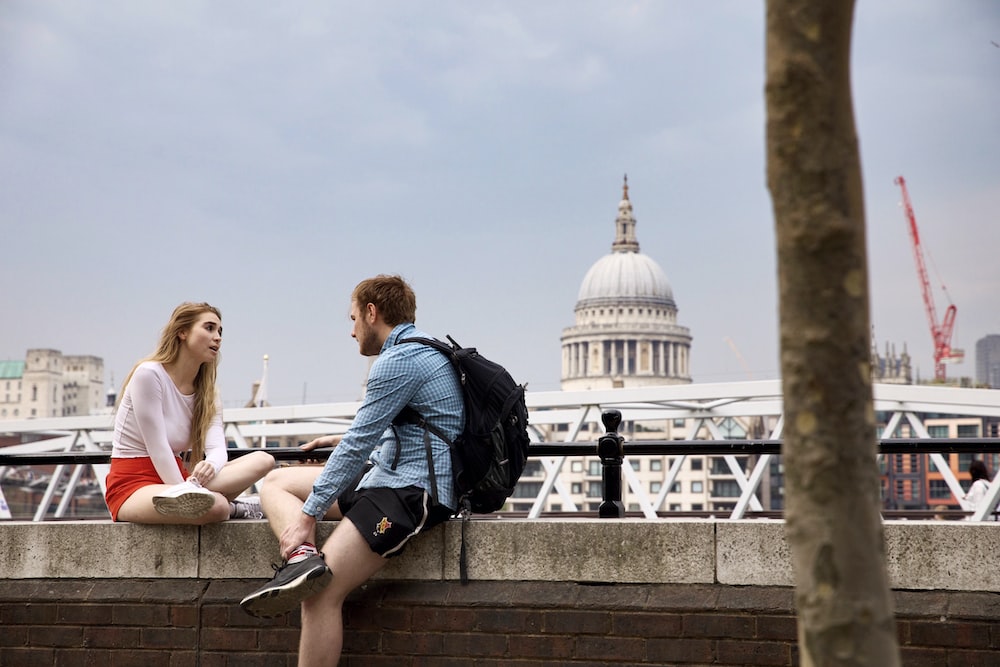 In today’s culture, confrontation is seen in a negative light. Why? We prefer to walk on eggshells. We refuse to talk about blunt, honest things. We deny ourselves the right to talk about the truth, out of a twisted sense of obligation to “not offend anyone,” and a misguided understanding of what it means to be “tolerant”.

Why is confrontation really so bad? In Minnesota, passive-aggressiveness runs rampant. The ability to say the truth to someone else’s face is a no-no. I can’t stand this. This is also a cultural aspect of many Scandinavians. I am mostly Norwegian myself, and I have seen how this plays out in many situations. Work situations, families, friendships: all of these interactions have the potential to display communication that cares and that can confront in the midst of conflict. Caring and confronting are not mutually exclusive; as a matter of fact, they are tied together.

If Nathan never would have confronted David, he would have still been drowning in his sin.

Some people do not like conflict, but the problem is, we have to deal with conflict every single day of our lives. It’s not what happens to you in life, it’s how you respond to it that matters.

David Augsburger wrote Caring Enough to Confront in 1973. His advice to those who see conflict as negative is the following: “Come to see conflict as natural, neutral, normal. [You] may then be able to see the difficulties we experience as tensions in relationships and honest differences in perspective that can be worked through by caring about each other and each confronting the other with truth expressed by love” (p. 12).

On page 19 of his book, Augsburger gives the example of the woman at the well in John 8. When Jesus said he did not condemn the woman, this was Jesus’s caring response.  When Jesus then told her “Go away now and do not sin again” (see John 8:7, 10, 11 Phillips Translation). This was a confrontational response.

Jesus even confronted the young, conceited rich rule in Mark 10.

If we are expected not to be confrontational, it is because our current cultural and politically correct climate. We are told to respect everyone’s thoughts, social beliefs, political outlooks, and religious affiliations. The thing is, I can recognize that people have different beliefs, but it does not mean I need to respect them. Jesus did not have any respect for the money changers in the temple. The true prophets of God in the Old Testament had absolutely no respect for false prophets. They condemned them by name several times because they caused the Israelites to fall away from the one true God of Israel.

As Christians, we cannot afford to submit to the political correctness of our day. If we do this, then we bow down to the altar of humanism in the name of false ‘tolerance’.

When we stand before God one day at the judgment, we will not be asked: “Did you tolerate everyone? Did you preach that all ways lead to the same god?” No. We will be asked: “Who did you say that I AM? What did you do with my Son’s name? Did you believe in the Truth? Did you share this truth with others? Did you live out the Truth in your life?”

The only altar we are to kneel at is at the feet of Jesus Christ. Do not bend to the pressure of society’s ultimatums and creeds. We are to confront with the truth, yet we must do this in a loving way. At the end of the day, the Truth will stand, regardless of what anyone says. Simply because someone does not believe in Jesus as the Way, the Truth, and the Life, does not make it not true. The Truth stands on its own. God existed long before He created the hosts of heaven (angels) and humans on this earth, creatures who worship Him. God is still God, and He is still on the throne. The truth will defend itself.

Elijah was one prophet who stood before 400 false prophets of Baal and 450 prophets who compromised with Jezebel by eating at her table. Think of that. When one prophet of God is standing in front of 850 false prophets, God’s one prophet stands stronger than the rest because he is serving the true God of Israel.

I would rather stand alone worshiping the true God–Jesus Christ–than compromise with the world in order to gather a grand following. The apostle Paul knew what this was like. He was imprisoned and got word that the churches he founded had forsaken him because they believe the lie the Romans put forth that Paul was responsible for the fire set to the city of Rome. In the end, only Timothy was by his side.

May this be an encouragement to you: stand for the Truth, no matter how hard it is to do so. Stand for righteousness, mercy, and biblical justice. Stand for Jesus, for it is at His feet that every tongue will confess and every knee will bow to one day. This will happen. The question is: do you know Him? Not by name only… not by being confirmed through a church when you were a teenager… not by being baptized as an infant. Not because it’s your parents’ faith. What is your faith? Who is your faith in? A relationship with Jesus is not because you were born into a certain Christian denomination, or because it’s the faith you grew up in. No, a relationship with Christ is an active, individual relationship with our personal Savior. In our faith, we must endure to the end.

Call out to Him. If you do, I can promise you that He will respond. We are living in the eleventh hour of world history. Our Savior will be returning very soon. Make the decision now to follow Him, because we never know if we will be around tomorrow to make that decision. Don’t wait any longer; we need Jesus more than ever. Trust in Him for your eternal salvation. Not just that, but He wants to give you an abundant life to live now. Now is the time!